It’s funny how the universe puts things in your path right when you are looking for them. I’m not sure what prompted me to search for a knitting group on the day I did, but it happened I found a wonderful one that was just about to have its first meetup. The Knit Collective is a new New York-based group that partners with established non-profits to donated hand-knitted items to those in need. 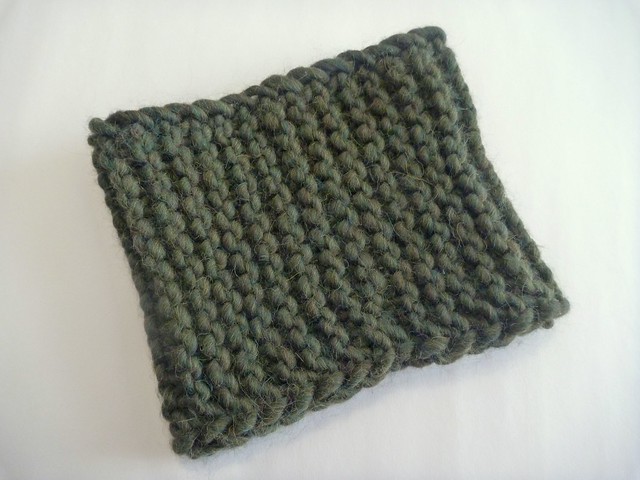 The first project is working with Knit Aid, an organization based out of the UK that is bringing hand-knit hats, gloves, neckwarmers, blankets, hot water bottle covers, and other warming items to refugees in camps. When I read about the conditions in these camps and imagine people in already tenuous and frightening situations shivering through the night in below-freezing temperatures, my heart can’t take it anymore.

A hand-knit item is a small gesture, but an important thing. Taking the bitter edge off the cold so a person can sleep is huge for anyone, but I hope it gives extra comfort to those most in need to know other people in the world care about them and are trying to make their lives a little better. 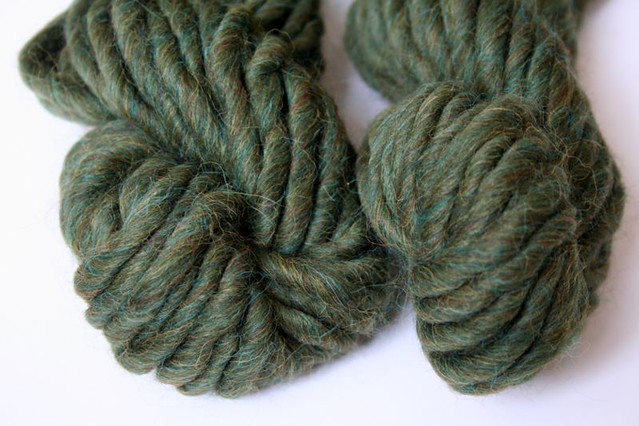 I had some squishy wool and alpaca super bulky yarn in my stash that I bought years ago to make a boyfriend a hat. I was delighted it fit the criteria for fiber content and was suitably dark and gender-neutral to comply with Knit Aid’s requests.

Though I based my neckwarmer, which for some reason they call a “snood,” on their pattern, I decided to use a provisional cast-on to eliminate a bulky seam at the back of the neck. Working with size 17 needles, I joked, was like knitting prop comedy, and I was amazed at how quickly it took off. 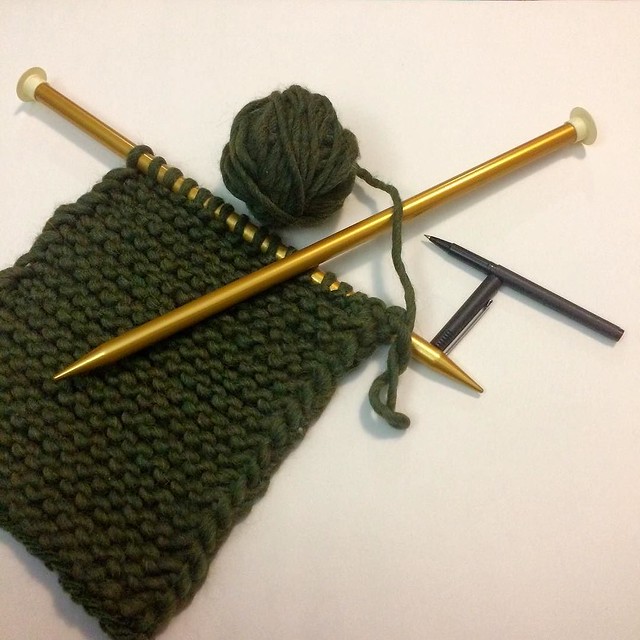 So quickly, in fact, that I had zero qualms about frogging the whole thing and starting over when my first version was too tall (chin to chest) and too tight, due to having slightly thicker yarn than the pattern called for and a bit less of it than would have been ideal. 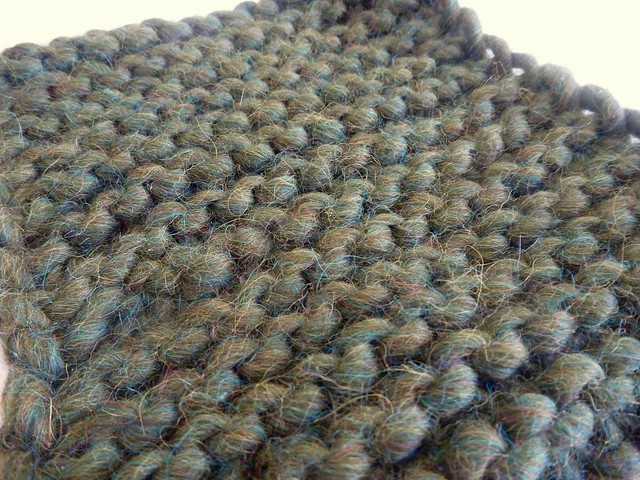 As lovely as Classic Elite Alaska is, I am mystified about why it was put up in measly 25 yard skeins. Most of the hats I saw (only after buying 2 skeins per color) used at least 3. I reduced the amount of stitches and ended up with a neckwarmer that is still snug, but can comfortably slide over my gigantic head. I expect it will be huge on a normal-sized woman or child. 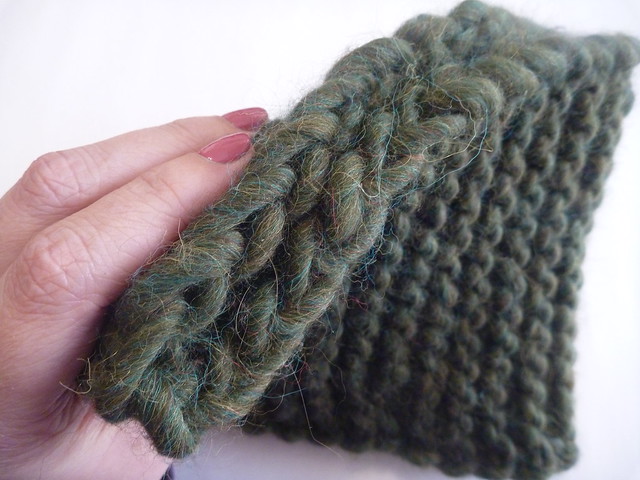 I slipped the edge stitches to give a braided look that should be soft where it touches the skin. I grafted the last row to the cast-on edge to make a fairly seamless tube, which will be comfortable if worn lying down. 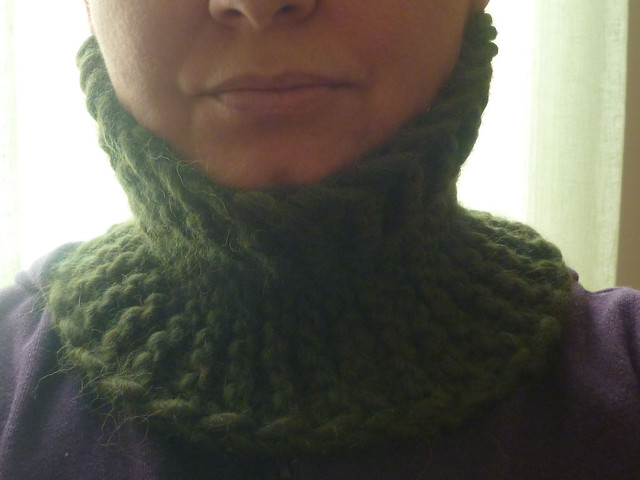 I was initially concerned that the snugness looked like a Victorian collar (also, please forgive the frowny and poorly-lit modeled shots – I was running late and rushing). Not that that’s a bad thing, but it’s not as unisex as I’d envisioned. 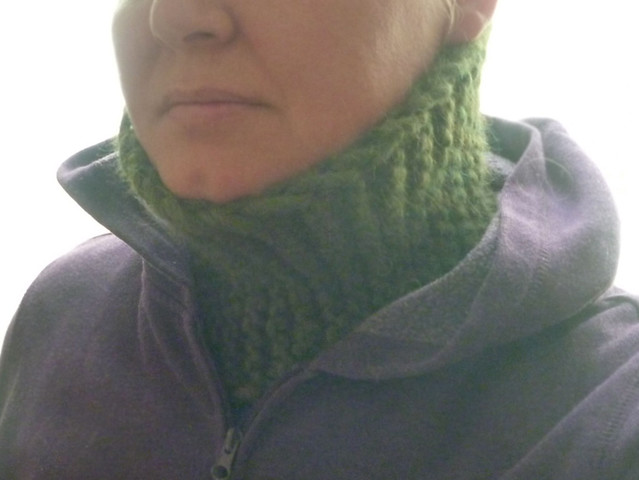 When tucked into my hoodie, though, it just became a super warm base layer that could be pulled up to cover the lower face or over most of the head and neck if needed. 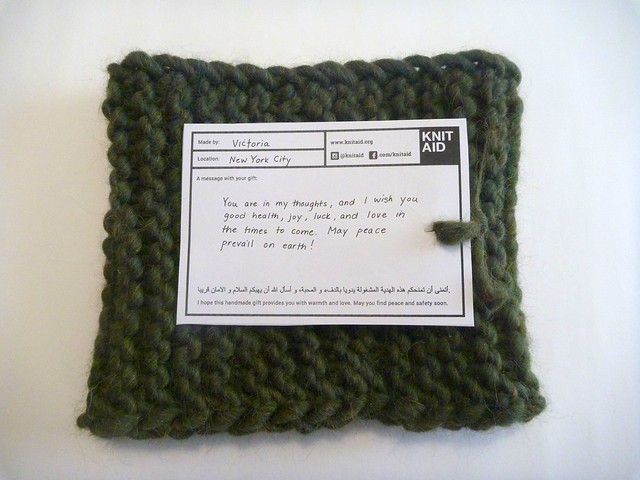 Knit Aid encourages you to write a message on their cards to include with your items, to communicate good wishes and let refugees know that people all over the world are thinking about them, praying for them, and putting their hands and hearts into this little gesture. (Of course, it is also important to contact your representatives and work at these issues on all fronts). As I knit, I thought about the person who would receive this neckwarmer, and I hoped with all my heart it would give comfort, warmth, and love to someone who needs it.

I am so happy to have found a group of like-minded, truly lovely knitters in the city, and I’m excited about upcoming plans for fundraisers and more knitting meetups.